When kids get stuck and never catch up

Recently I’ve been pondering findings from a major report into Australian schooling that kids who are struggling in maths by the end of primary school often never catch up (Masters, 2009). I know it’s true in a lot of cases, but I really don’t want it to be.

And so, I’m deciding now that I’m not going to let it be true anymore… not on my watch… and I want you to join me.

Here’s some stuff that I want you to share widely:

Free testing to find out where your kids are stuck, and an article on misconceptions to help

Kids deserve a real chance. Maths skills are a major predictor of other success measures in life, from as young as preschool. That’s a big deal, so let’s do something about it. 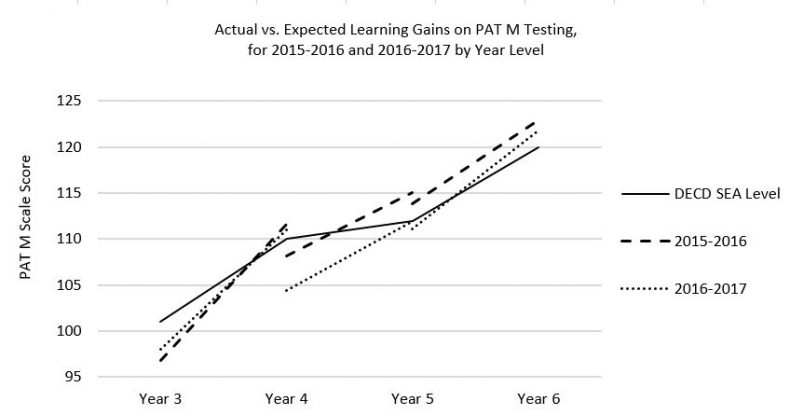 Five of the groups started off with below year-level results, but every single one of them met or exceeded the expectations within 12 months. In fact, an effect size of 0.7 was produced for every year of the project.  The lowest performing kids made an additional 12 months in maths gains over the expected growth for each year the project ran. That’s huge. And it’s also something that normal teachers can actually achieve.

This entry was posted in Classroom Tips, Differentiation, Leaders, Misconceptions. Bookmark the permalink.